There are four stages of the PDSA model, which is the Plan-Do-Study-Act model that comes widely recommended as a framework to use to guide quality assurance and quality improvement (QA/QI) in healthcare. This series of blog posts summarizes the PDSA stages, presents actual use cases I have seen, and provides my assessment of its utility (along with recommendations for alternatives).

Stages of the PDSA Model Explained – Sort of

As I described in my introductory post to this series, there is the simple confusion introduced by the name Plan-Do-Study-Act, in that “do” can refer to “plan”, “study”, and “act”, and it’s not clear really what the difference is between “do” and “act”, and so on. I observed that the state where I grew up, Minnesota, has an explainer of the stages of the PDSA model on their health department’s website that was pretty good, which is what I’ll follow to try to explain each of these stages.

Learn how to curate data in this online LinkedIn Learning course.

I will explain what becomes very confusing about this model very quickly in QA/QI (in addition to the fact that the names of the stages do not provide a hint as to what happens in them). People in QA/QI do not think in “stages”. Stages imply linearity of time, where the effort passes through a sequence of phases, like a child going through a moody stage, and reemerging her sunny usual self.

That’s not really how QA/QI departments function as a whole, or how employees function independently. They are not like researchers who are working on projects at different stages. They are actually people with titles like “Infectious Disease Director” who are responsible for a variety of QA/QI functions not reflected in the PDSA model.

Five Functions of a QA/QI Department in Healthcare 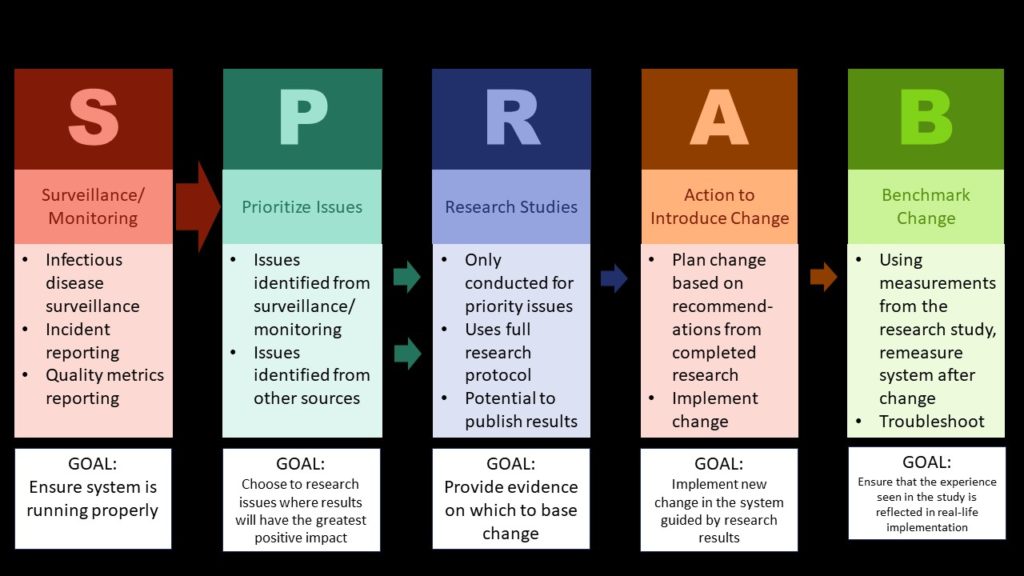 Here are the five functions of a QA/QI department in my view:

Take this free online course to get you started!

How do the Stages of the PDSA Relate to the Functions of a QA/QI Department?

This was my next question: What does the PDSA have to do with these different QA/QI functions, which all seem pretty independent of each other? I figured there might be a connection somehow between each stage and a variety of the functions, but I really wasn’t sure of the connection, and there is literally no documentation online where the PDSA acknowledges that all these functions somehow occur in QA/QI.

I actually had to see some real customers who had tried to apply the PDSA, and I queried them as to their experience in order to try to puzzle this out. I finally now kind of understand what the PDSA model’s authors might have been getting at.

In my next post in the series, where I explain the evidence (or lack thereof) behind the PDSA, I provide some insight into what I believe the PDSA architects might have been thinking about when developing the model. While on the surface, their thinking does not look incorrect, in practice, the PDSA model tends to break down. I was able to identify where I think the error was in their philosophy, which I explain in my next post. 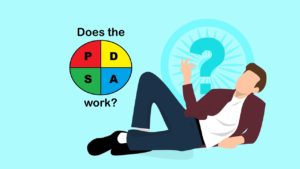 What are the stages of the PDSA model, and how do they relate to the functions of a QA/QI department in healthcare? The answers are not straightforward. I examine these issues in this blog post.