I encourage those of you into data science and AI to sign up to receive digests from Data Science Central. I happened upon this web site when looking for some references for a book I am writing, and found some amazing articles. Since I’m into data science in and AI in healthcare, I was intrigued when I received an invitation to listen to the podcast, “Data Science Fails: Ignoring Business Rules & Expertise”, a 15-minute presentation that examined at a use case about AI in healthcare. The podcast, which was sponsored by Data Robot, featured speaker Colin Priest, Vice President of AI Strategy and Data Scientist with Data Robot.

Mr. Priest pointed out how dazzled we are by AI these days. He gave the example of the AI system AlphaGo Zero learned to play Go in just 36 hours on its own. It got so good, it beat the human champions – mainly because it thought of moves that humans had not considered.

He pointed out that lately, some shops have been trying to use AI to replace human expertise, and failing miserably. Instead, he suggests data scientists should use our human expertise to better construct, direct, manage, and leverage AI.

And Mr. Priest had a particularly insightful way of making his point, by telling…

…A Cautionary Tale about Data Science, AI and Healthcare

In 2011, IBM Watson, a supercomputer running AI algorithms, beat its human opponents – who were champions – on the trivia game show, Jeopardy. Mr. Priest reflected on how challenging the AI was to program to create such a success. IBM Watson used databanks of questions and answer pairs, with answers being human labeled as “correct” and “incorrect” so that IBM Watson could learn the patterns and make a model that produced the correct response. Although Mr. Priest noted that IBM Watson was not 100% correct on all its Jeopardy answers, it was correct enough to beat the human game show champions.

Of course, there was nothing wrong with IBM Watson playing game shows on television. The tale turned cautionary when IBM Watson was repurposed from answering trivia questions to diagnosing cancer. 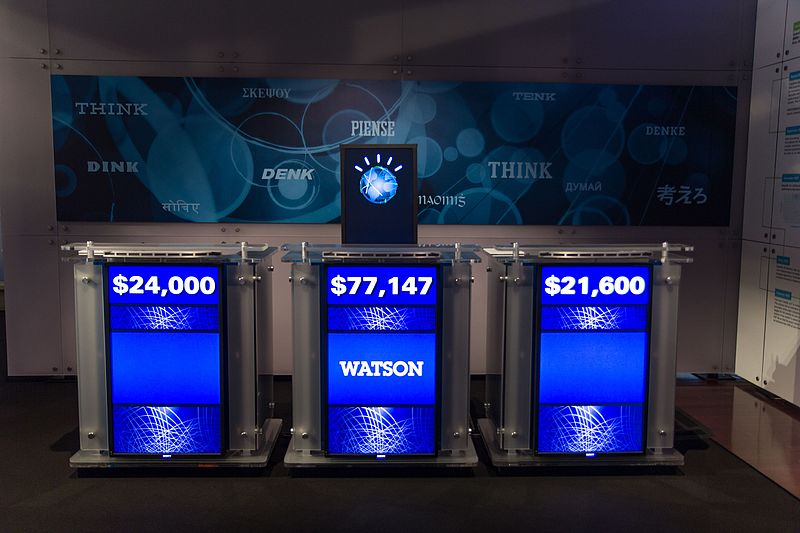 As described by Mr. Priest, the somewhat fantastic idea was that IBM Watson could take in all kinds of textual information from different data sources using its natural language processing (NLM) capabilities: peer-reviewed journal articles on cancer, patient medical records, textbooks, and drug information. Once those data were absorbed into IBM Watson, it could then explore the data for patterns that no human could ever discern.

I just want to point out that some peer-reviewed articles are so poorly written, no one could understand them, not even IBM Watson.

Nevertheless, in October 2013, IBM announced a partnership University of Texas MD Anderson Cancer Center in using IBM Watson as part of its mission to eradicate cancer.

Issues with IBM Watson Implementation for AI in Healthcare

I will tick off here the laundry list of issues Mr. Priest observed with this particular implementation:

How AI in Healthcare is Different than in Games

Of course, it seems a little obvious, but someone had to say it. Here are some differences as to why AI works well for games, and not as well for diagnosing cancer:

Recommendations for Data Science and AI in Healthcare

In the end, Mr. Priest made four reasonable recommendations: