My colleague Josie Haywood, President of Wiseiye, Inc. which is a data science company in the fintech space, alerted me to the overtures to minority- and women-owned small businesses being made by the Massachusetts Gaming Commission (MGC). On November 14, 2019, the MGC held a meeting specifically to encourage minority- and women-owned businesses to serve as vendors for these casinos. At the meeting, contacts from the casino organizations themselves as well as representatives from the casinos’ surrounding communities presented and were available for introductions.

First, they talked about the three Massachusetts casinos, and then they described the joint priorities of the casinos and the MGC. Of course, Josie and I became very inspired by what they said, and started dreaming of analyzing casino data, and doing casino market research surveys and focus groups.

Watch our video about our white paper:

Here are the three casinos we currently have in Massachusetts:

At the meeting, representatives of the casinos and the local communities presented together about the following shared priorities:

Do you like a casino that’s been around a while? Then Plainridge Park is your pick. If you prefer one that just opened, Encore Boston Harbor is a win for you. 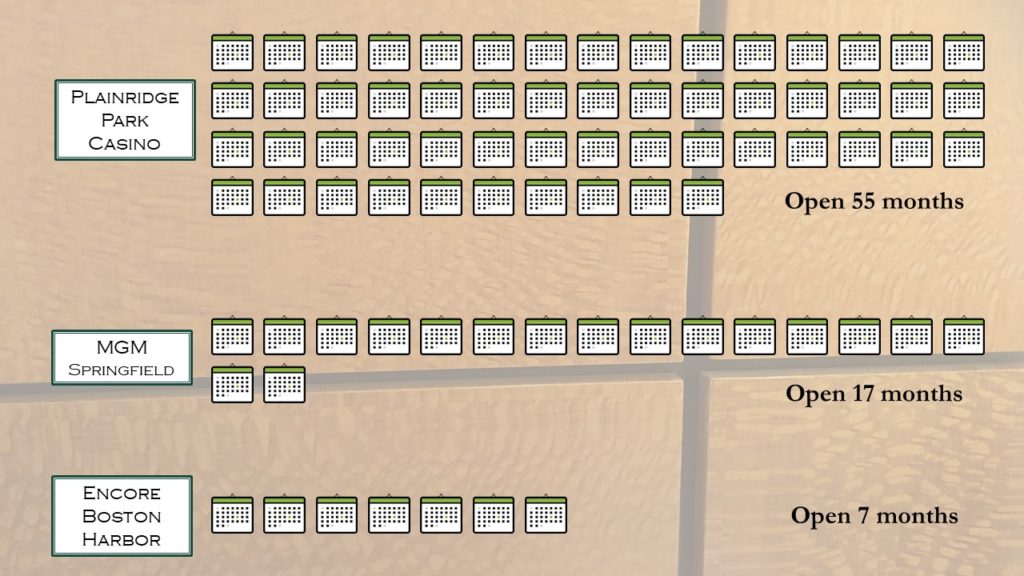 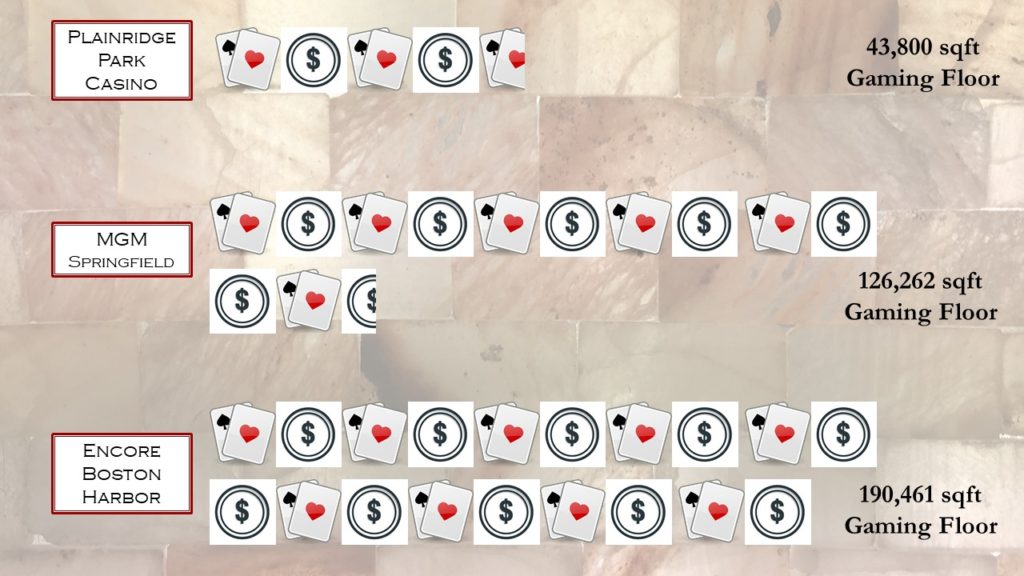 Are slot machines your thing? Then you will be equally satisfied at MGM Springfield and Encore Boston Harbor, as they both have over twice as many slot machines as Plainridge Park. 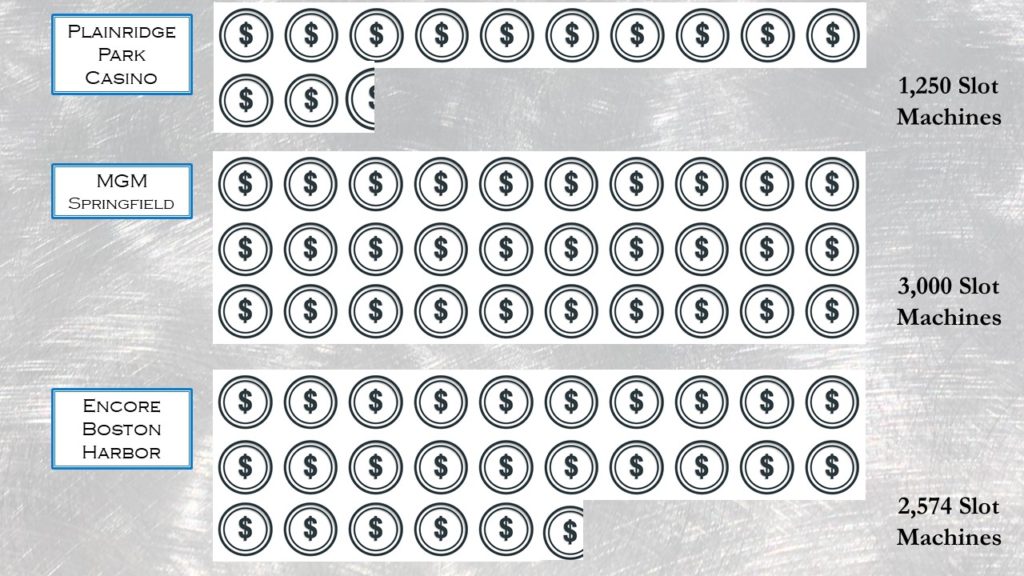 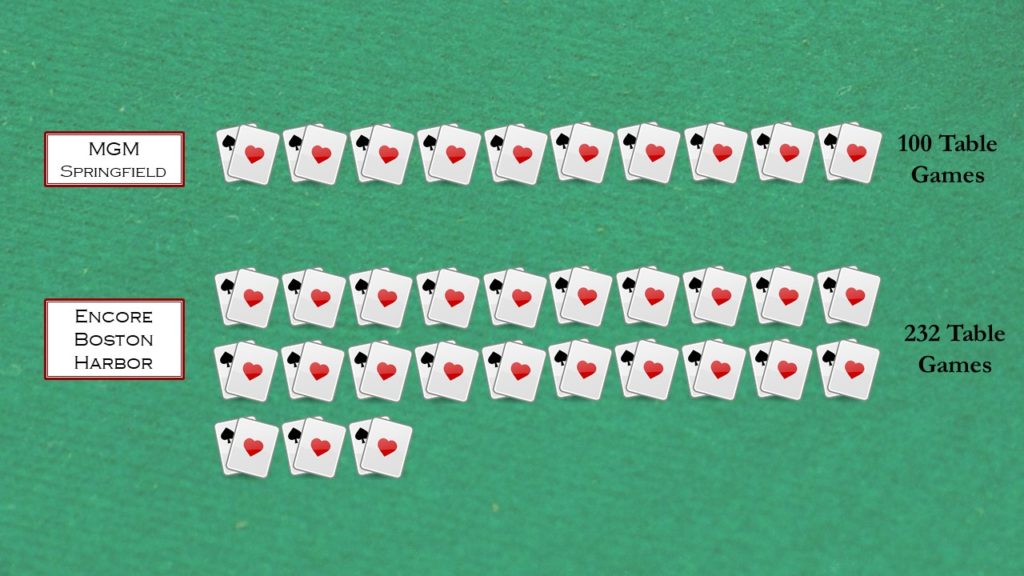 Love the casino hotel rooms? If you are like me, you are a huge fan of the glamorous hotel rooms in casinos. If that’s what you like, then you have almost three times as many rooms to choose from at Encore Boston Harbor compared to MGM Springfield. 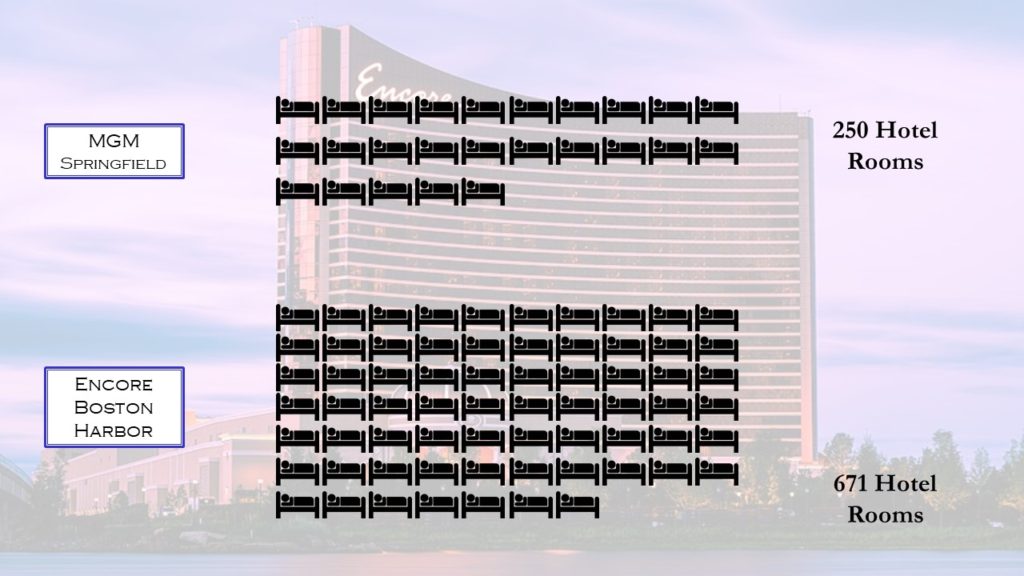 But quantity is not quality. Just because a casino may have more slots, tables, or hotel rooms doesn’t mean they necessarily have the ones the customer wants.

That’s why we wanted to do a more in-depth analysis of Massachusetts casino data. We used the following data sources:

Here is a short summary of what we found:

In fact, I’m so exercised about the payout percent findings I will share one of the plots from our white paper here. 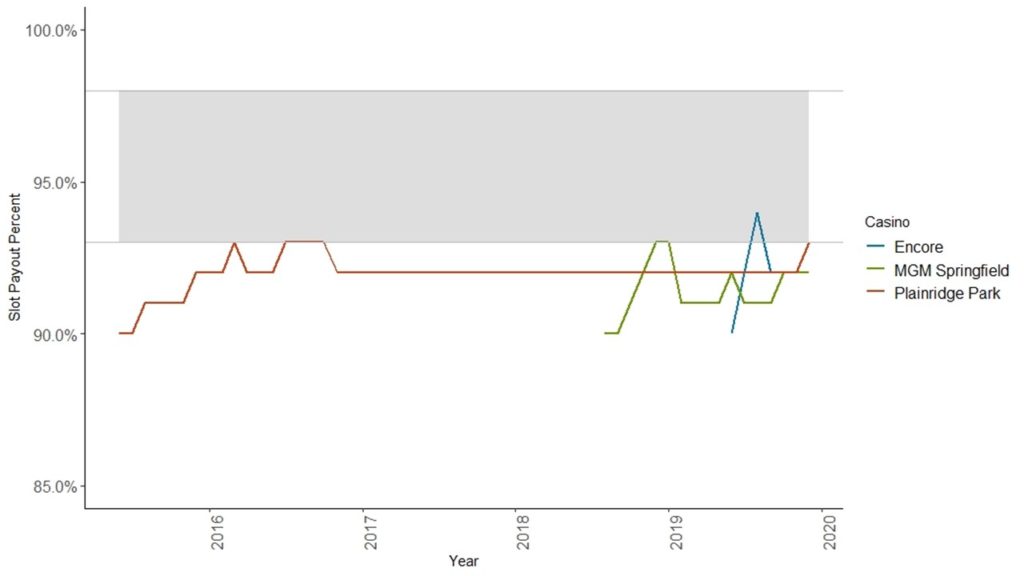 As you can see, in all time periods and at all casinos, payout percent hovers between 90% and 95%. The shaded area of the chart shows where the payout percent is for typical online casinos, so this shows that slot players who are choosing between online slots and land-based casino slots will likely opt for staying home and playing online when they see this very low payout percent.

I’m also thinking about the choices we have as casino customers. People from New England can visit casinos in CT, RI, MA, and ME. Why not go to where there’s the best payout percent?

Payout percent is definitely a big weakness in the performance of Massachusetts casinos, in my opinion. Here are the six recommendations we make in our white paper:

Six Recommendations from Our Analysis of Massachusetts Casino Data

Want an example of a portfolio project in data science? We analyzed data on Massachusetts casinos that was in the public domain as an example. Read this blog post for the results!